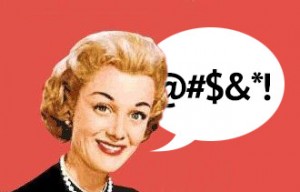 I have a like/hate relationship with swearing.

Sometimes it just feels so d@mned appropriate. On the other hand, really hate hearing my kids cuss because it’s an in-your-face reminder of just how f#ck!n8 offensive it its.

Although, I know many who do. 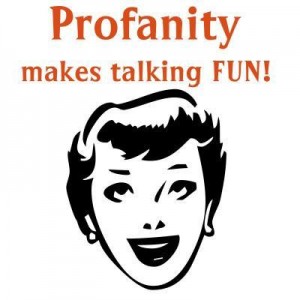 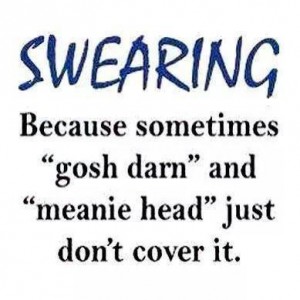 What about substitute swear words?
Are they OK? 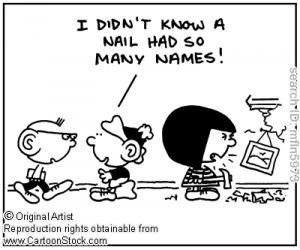 All this to say, I couldn’t decide how I felt about swearing,
so it was time to turn to the Bible. 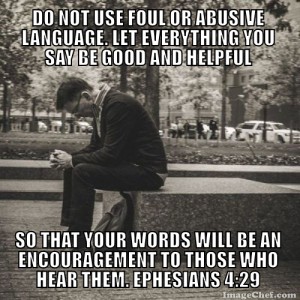 OK, we should only use language that is helpful for others. Can swear words be helpful?

Let’s say a friend is sharing the guilt they carry over being molested by a family member as a child, because they never fought. My response is to say they have nothing to feel guilty about, because their perpetrator was a rat b@st@rd who deserves to rot in H3ll for what they did. Isn’t this helpful for building the victim up and the use of expletives appropriate emphasis of my point? 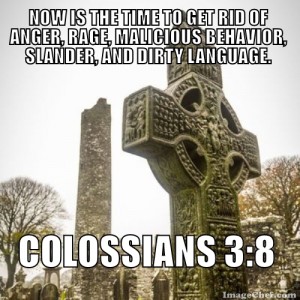 No “dirty” talk. Gotcha. Do swear words qualify as this, or is Paul talking about crude jokes, foolish talk, gossip, etc.? Because later in the chapter he specifically references the latter: 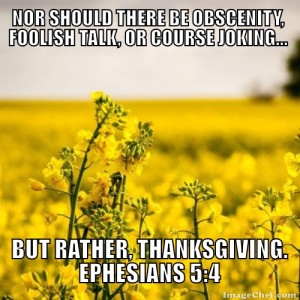 If I only went off of these verses (and others with “swear” synonyms), I could argue that my youth pastor friend is right: expletives are fine, even appropriate, in the proper context. Except for one thing:

When filled with The Holy Spirit
you find yourself giving up things that
may be technically OK
in lieu of something more important: love.

In Christ, it’s no longer important that I fight for my rights or defend a way I want to talk; I now live to serve others. 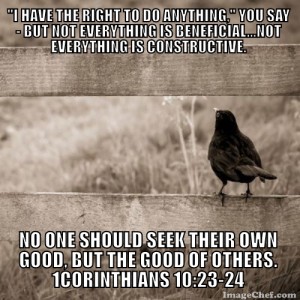 Paul then says we shouldn’t do anything that hurts another person’s conscious. He’s addressing meat offered to idols, but the concept applies as we see later in the chapter: 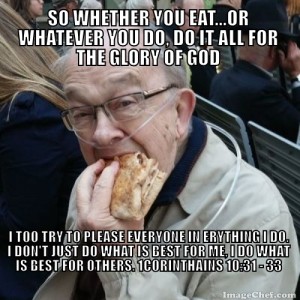 Because my primary objective is to actively love others, I want to make sure nothing I do or say is offending* anyone inside or outside of the church – and swearing is often offensive.

The second reason I want to clean up my vocabulary
is found earlier in 1Corinthians. 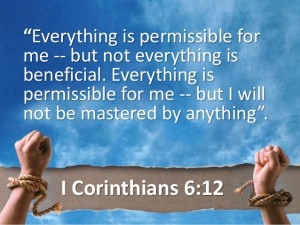 Paul is talking about sexual immorality but, again, the concept applies. I don’t want swearing to master me, and when I swear out of emotion, it does. I don’t want to be a slave to anything but Christ!

Not only this, but I think swearing
is an etymological cop out.

The English language has so many wonderful, rich words in its vocabulary; why would I debase myself by using expletives?

Going back to the example of the friend who was abused by a relative: which is more profound and builds them up?

In my experience, when I have needed comfort or support after being hurt by another person, thoughtful words, not swearing, did the trick.

So, I can swear, and it sure feels good sometimes,
but I’ve decided – after lots of contemplation –
to abstain. 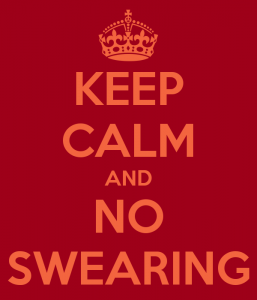 To try, anyhow. I want to be sensitive to others feelings, have control when I’m emotional, and not be a hindrance to real, intelligent communication (which means the synonyms are bye-bye, too as this is the very definition of hair splitting. My mom believes that any word said in anger is swearing because the real issue was that you lost your temper).

And by the way, I know plenty of people who aren’t Christians who feel the same way about it!

But, hey, that’s me. What do you think about swearing?

*This is in reference to my behavior, not my opinions or beliefs. After all, when Jesus shared truth he offended loads of people!

4 Responses to The Amateur Theologian: Swearing