Hummus High and the Coconut Slide

Not so long ago I had a pretty textbook “Laughing at Spilled Milk” day. All I wanted was to live a healthier lifestyle; Pinterest made it look so easy.

Phase One: After I was diagnosed with Chronic Migraines and was somewhat back on my feet, Troy and I decided to stop eating out in lieu of cooking together. Our goals were to up marital bonding, save money and be kinder to our aging bodies.

Therefore, one Friday afternoon I pulled up a Pinterest recipe for hummus. After soaking garbanzo beans overnight per the instructions, I put them on the stove to simmer and went upstairs for a shower before an afternoon lunch date.

Enter Phase Two: Several Pinterest sites suggested chucking commercial shampoo for a healthier you. They called it “poo-free” living, which gives you an idea of their stance.

Going “poo-free” involves washing your mane with a baking soda concoction and conditioning with diluted apple cider vinegar. It sounded like a cheap, healthy alternative. Troy was on board as long as he could still run his fingers through my hair. *Foreshadowing*

The shampoo and conditioner replacements worked really well, so on this day I decided to use coconut oil as a heat protector. The Pin said it left your hair both soft and protected, as well as free from those “fly away” hairs. *More foreshadowing* After running a quarter-sized glop through my tresses I hit it with the blow drier.

As I rounded the 25 minute mark with limited results, it suddenly occurred to me that my hair might already be dry.

Turns out, when you put a certain amount of oil on your hair it becomes…well…oily!

…as in you can see reflections of nearby objects in your tresses, oily.
…as in, between that and the vinegar rinse,  I could rub romaine on my head and get salad dressing, oily.
…as in, with what was left on his hands after slipping his fingers through it, Troy fixed all the squeaky hinges in the house, oily.

Without time for another shower, I put the curling iron to it expecting the sound that French fries make when plunged into a hot fryer. Instead it silently molded around the instrument, holding its shape with a literal obedience; my hair’s swish and movement resembled that of a Polly Pocket doll…and I reeked of coconut. 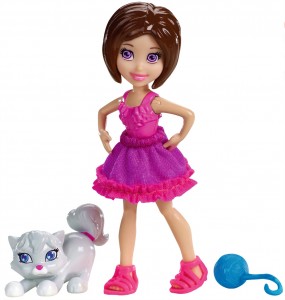 Noting the quickly passing minutes, I finished getting ready and flung open the bedroom door only to be hit by a smell that triggered old memories of the hallway in my college freshman dorm. Turns out the long forgotten garbanzo beans spit out all of the H2O and filled our home with a thick, white fog . 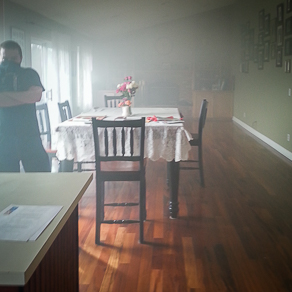 After opening every window in the house I raced to lunch smelling like I’d been stuck downwind at a Jamaican bonfire while working on a San Trope tan. At least there was a loose theme.

Once back, visibility had improved but the smell had settled in. Fearing it had become an insurance issue, I lit the swag candles from every baby/wedding shower/women’s church event I could find and began scrubbing out the charred pot with desperate optimism. Soon I was sweating to the scent of  a variety of berries, vanilla, pumpkin spice, evergreen, sugar cookie, pine, cannabis and cheap tobacco.

Despite the problems, we had an amazing date night. Troy would run his fingers over my head and massage my bod with the remnant. Maybe it was the lingering chickpea smoke, but everything made us laugh uncontrollably – from the events of the day to how odd the word “door” sounds when you say it over and over, and for the first time in our married life we ate all the leftovers in the fridge!

By the way, I did wind up finding a delicious hummus recipe at Inspired Taste (using canned chickpeas – also quite healthful and inexpensive). It’s our favorite and so easy to  make with an easy-to-follow instructional video.

I’ve also continued to pursue the homemade beauty products thing and started reviewing Pinterest ideas to make life easier and maybe even more healthful. True to form, very few recipes came easy.  Be on the lookout for more stories about those adventures!